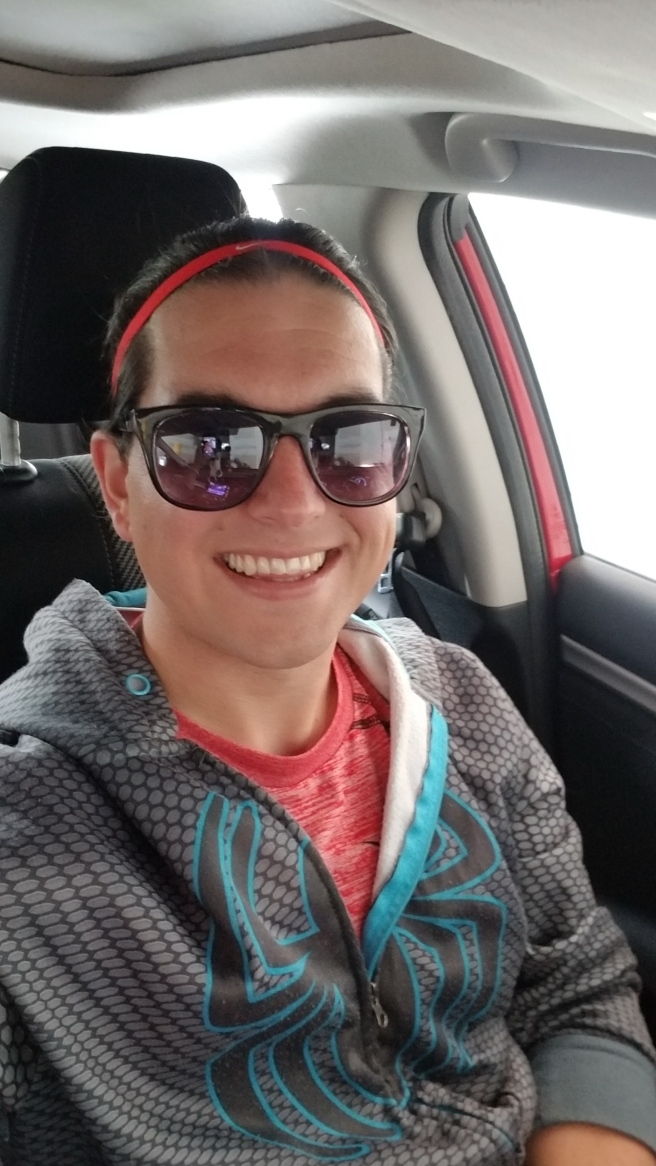 Transwoman Tori sitting in a car trying to find her bliss. (courtesy photo)

“Just let yourself explore who you are the way you are comfortable with,” –Tori

Tori is an example of a transwoman trying desperately to hold her family together at the same time trying to live her true self. She’s been fighting depression, anxiety and gender dysphoria for several years all while she keeps much of it from her family. Two years after she discovered she was trans she told her wife and things have been rocky for them ever since.

Tori has been married for 11 years. She has two children both under the age of ten. During that time she has built herself a life as the “man” of the household. She has a job where she provides for her family. She lives and healthy an athletic lifestyle.

Her journey has taken a different path than a lot of trans individuals. She was already in her early 30’s before she had what she called an epiphany discovering her gender was not what she thought it was. It took her two more years before she came to terms with it and from there several months before she told her wife

“For me though, it really was a shock discovery that made perfect sense,” Tori said.

She said it came about during an extended period of feeling down and borderline depressed. She had a chat partner she became close friends with online that helped her crack her egg.

“I remember sitting in my office at work. Chatting with them like I had done pretty much every day for over a year,” Tori said. “And just talking through how I was feeling unmotivated and down about things. She at the time identified as as closet crossdresser who has since come to realize she is trans as well.” 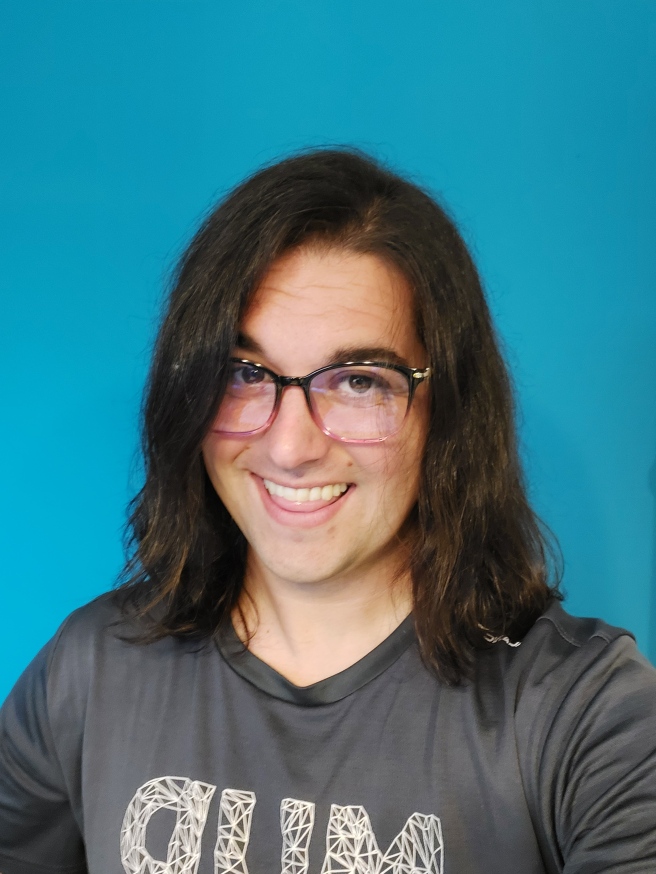 Tori said when her friend told her she had some suppressed feminine feelings it blew her mind. She described it as though the inner Tori could finally breath a sigh of relief. She found herself and now she had to decide what to do next.

“But, we talked more and the more we talked through it, the more right it felt,” Tori said. “Like there was this peace washing over me.”

Despite those early moments of euphoria, she quickly began to suppress her femme feelings. She was afraid to move forward and so retreated back into her life. After several months Tori finally bubbled over. She couldn’t stay inside any longer.

It was Trans Day of Visibility in 2019 she decided to change her Twitter profile to Tori so she could connect with other members of the trans community.

“I was coming to terms with that revelation there were still many bumps in the road of acceptance,” Tori said.

She said finding her community on Trans Twitter was the best thing that happened to her. It helped her find her support network. She said it also gave her a place she could express herself as the real her.

“Without meeting and connecting with so many amazing people here, I don’t think I would be where I am right now,” Tori said. “The encouragement, the love, the support, the pushes forward. All have helped me explore who I am and come to accept myself.” 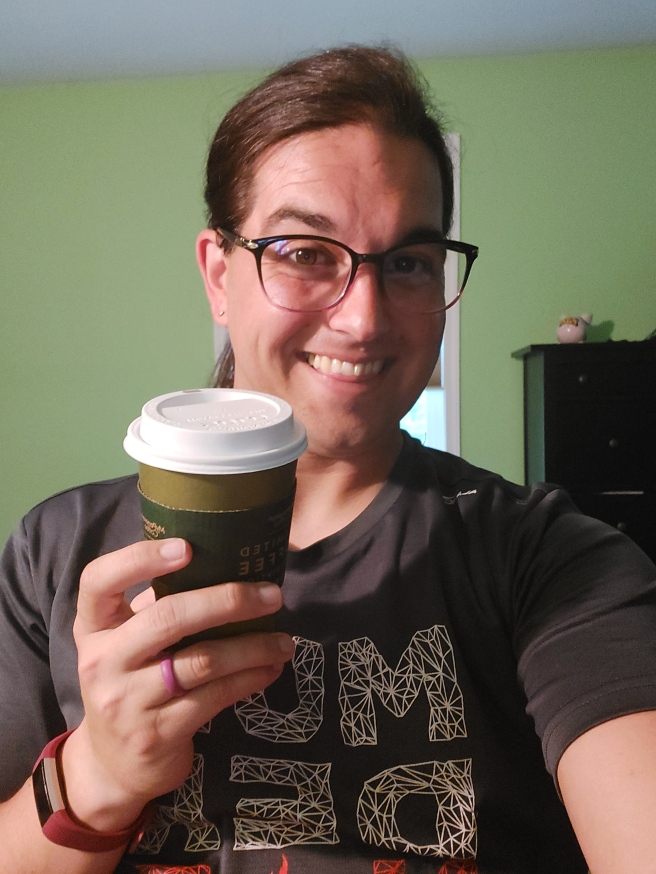 Things weren’t so smooth after that. While she was building a network of friends she was also facing a personal dilemma she didn’t have a solution for. How did she break the news to her family?

She said she started by telling her wife about her crossdressing first. She knew she was going to have to explain why she suddenly decided to grow her hair long. After a close encounter where her wife nearly discovered her secret Twitter account, she decided to break the news to her.

Tori said her wife caught her sending private massages to another trans woman on Twitter. Tori wasn’t ready to reveal her secret Twitter world yet so she told her wife she was chatting with a fellow crossdresser.

It was Thanksgiving week she finally told her wife she was a crossdresser. She said her wife didn’t accept it at first and the marriage nearly ended in that moment. But the love the two had held them together. In an effort to keep her marriage together she compromised. She told her wife she was trans but still figuring things out. She would have her secret Tori world online and could explore crossdressing but she would be the husband and father in public.

“She is very supportive and accepting of it,” Tori said. “(she) told me from the moment I told her I was trans, that she would support me no matter what and I need to do what I need to do.”

It wasn’t that simple however. Tori said they drew an invisible red line in the sand that if she ever crossed it, the marriage would end.

She said it isn’t her wife forcing her to walk the line but her desire to keep her family together.  It’s that pain she suffers with to this day. Even now, after COVID-19 has turned the world inside out, she hasn’t had a conversation with her wife on the subject in over a year.

“It’s this thing that’s hanging over us, over our marriage, our family, our entire life structure,” Tori said. “both of us are afraid to unpack it. (Because) unpacking it could mean a major life decision.

She said when her egg first cracked, once the bliss of feeling free had settled she thought she couldn’t ever transition until her kids were out of the house. After she started figuring things out she started looking for ways she could transition slowly. That has all changed since the start of 2021.

With the realization that work-from-home was coming to an end Tori realized she was going to have to face her reality of being trapped inside her male body, male life for the time being. A feeling she said has been eating her up inside. 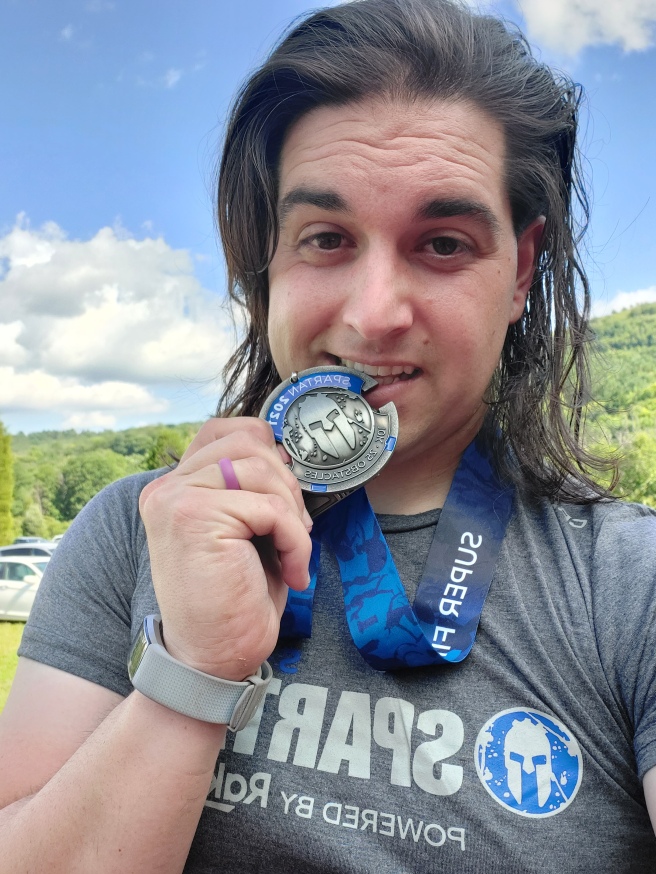 Transwoman Tori while out in public. (courtesy photo)

Unfortunately for Tori she walks this path largely alone. While has has told some of her siblings she hasn’t  been able to tell all of her family Especially, her son.

“Our family is full of girls, he has 4 cousins all of which are girls,” Tori said. “There are no boy cousins in the immediate family. So it has always felt like he had me to be his dude connection at family things…. In a nutshell, the only reason I’m not out and transitioning… is to keep my family dynamic as whole for as long as possible.”

Despite everything she has been through, Tori said there are some bright spots. She finds euphoria in her hair. She also continues to enjoy being a parent to her children. She has some advice for younger trans people who’s eggs may not have cracked yet. 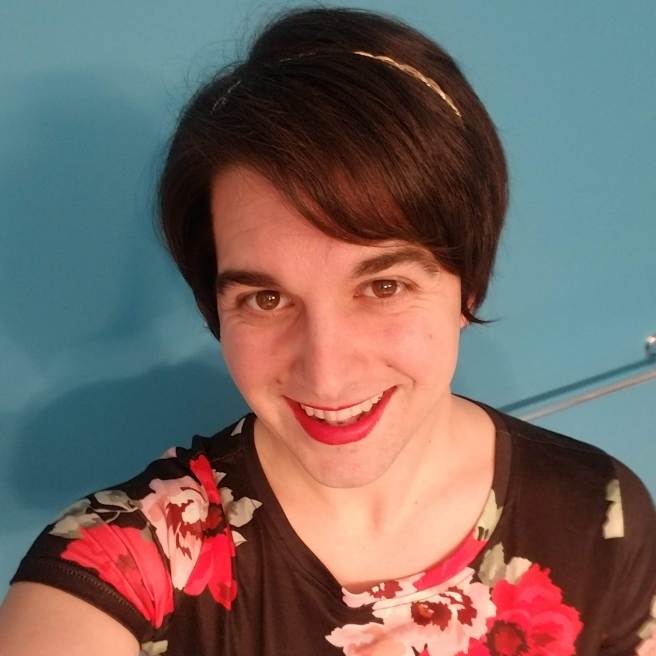 Transwoman Tori with her hair and makeup done. (courtesy photo)

“Be kind with yourself,” Tori said. “This journey is a marathon not a sprint. Wanting everything right now is okay. Changing your mind about who you are and what you like is okay. Don’t let anyone box you in. And above all else, your journey is unique to you, and (although) things may be similar to others, there are nuances that are specific to you. Try not to get frustrated if it feels like everything is moving at a snails pace.”

Tori can be found on #Transtwitter doing her thing. If you want to follow her story as it unfolds follow her @TorificallyTori.

A transgender writer who also does podcasts and videos. If you like my writing please consider helping me survive. You can support me directly by giving money to my paypal: thetransformerscollector@yahoo.com. If you prefer CashApp my handle is @Stephaniebri22. Also feel free to donate to my Patreon. I know it's largely podcast-centric but every little bit helps. Find it by going to www.patreon.com/stephaniebri, Thank you. View all posts by Stephanie Bri